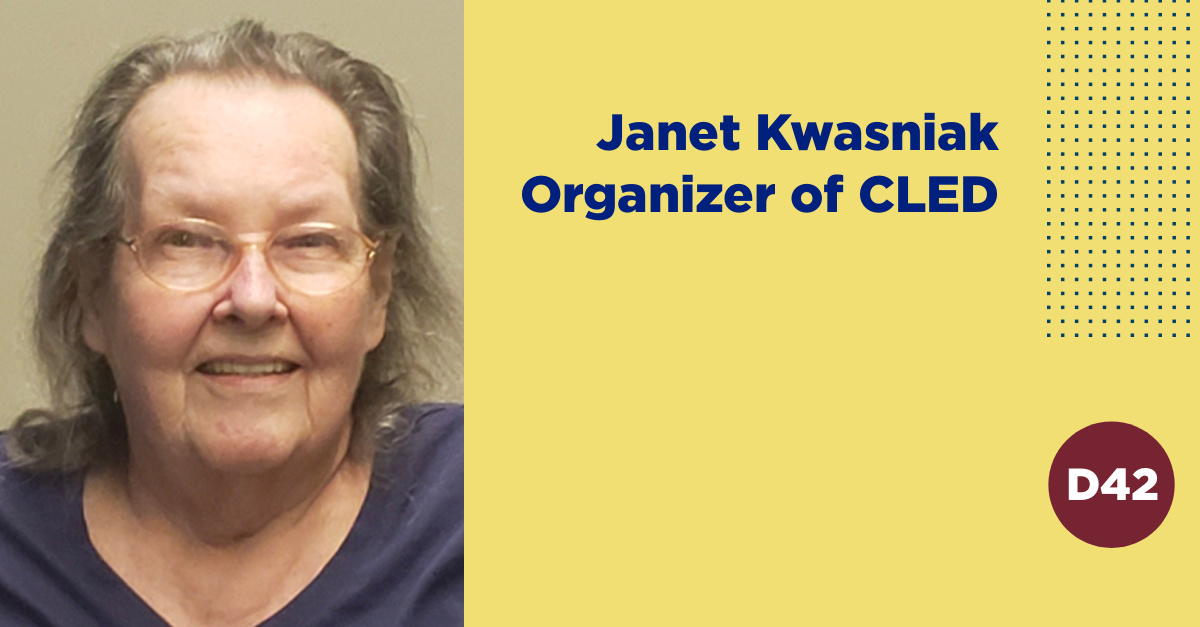 Toastmaster of the Year

The Ramada Hotel in Regina was the place to be for District 42 Leaders on December 1st, 2018. Not only was it the Division B Fall contest, but also the award for Toastmaster of the Year. The organizer of the Club Leadership and Educational Development (CLED) program, Janet Kwasniak, received this prestigious award from Division B.

Janet’s path to achieve her DTM got put on hold when she moved to France in 2006. However, when she moved back years later, she once again pursued her goal by starting another HPL.

As a matter of fact, Janet is an excellent leader who helped educate Division B in Pathways.

With this intention Janet wanted club officers to be infused with enthusiasm at the training sessions she created. It was imperative that everyone left with the awareness that all their questions have been answered.

Either way, officers and general sessions attendees needed enough time to ask questions during these training sessions. In addition, printed material would be used. With this in mind, the sessions would also include knowledgeable speakers. Equally important would be accurate records of attendance. Finally, times and places had to benefit all the participants.

Subsequently, Janet pointed out that evaluation was a Toastmaster value, and that the forms in Pathways were easy to use. By the same token she emphasized using enthusiasm and knowledge in the welcome and in the closing. To that effect, she appointed both an SAA as well as an assistant at each session. Hence officers would leave a training session with their certificates. As well, the evaluation forms would be easily distributed and gathered.

In summary, the training sessions averaged 88% for the presenters and 94% for the discussions. As well the general sessions averaged 100% for both presenters and discussions. Finally 86% of the officers and 70% of the general audiences handed in their evaluations during the first two sessions. Unfortunately the third general session did not go as well. However, the forms that were collected had the same high standard. By a show of hands at the close, the attendees agreed that they had increased their knowledge and boasted their enthusiasm.

Dunstan Taylor was correct when he said that Janet was an excellent project manager with strong leadership skills. By the same token he commented on how her strategic ideas and planning created well-run training sessions. Well done, Janet!