Of The Year Awards FAQ 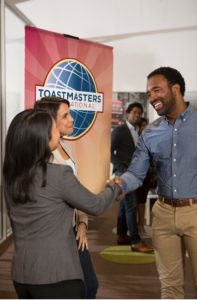 2. Who is eligible for Rookie of the Year?

The Rookie of the year eligibility is defined in the District Procedures.

3. I am receiving nominations. How do I choose a winner?
As Area/Division Director you will receive the  winners chosen by the Clubs/Area Directors and their OTY award committees. You will need to form a committee of at least 3 additional TM’s (from outside your Area or Division) to choose the Area/Division winners. You must do this and submit the winners before the deadline for your level.
By the time these submissions get to Division they are all very accomplished Toastmasters and it will be a difficult decision. Like judging this process is subjective. If you read the TOTY form it states this member supported the district mission: We build new clubs and support all clubs in achieving excellence. This is the underlying acknowledgement of these awards.
Some of the material for writing these nominations will help you weigh the nominations. The forms are the evaluation guide and should be supported by the testimonials. Having a committee of experienced Toastmasters, familiar with these awards, to weigh the decisions is very effective, and email makes it relatively fast.

4. I am not receiving nominations. Can I ask for them?
Yes! You may need to encourage your clubs to submit the nominations. Send them the forms. You know your club members, so guide your clubs by making suggestions.

5. How is  the Area Director of the Year nominated?
Division Director, it is your job to solicit nominations for Area Director of the year. Do this by asking your AD’s to complete the ADOTY form. Download the form and send it to each of them. Give them a heads up by starting this now. Ask them to get the forms back to you by July 30th to enable your committee to make their decision before Aug 15th. You can ask them to ask some members of their Area clubs to submit testimonials on their behalf. The testimonials should be sent directly to you by July 30th. Some AD’s may not feel comfortable asking for testimonials! However, clubs do want the opportunity to support their AD and need to know how to do that  – who to send it to and when. As Division Director you would not normally add to the testimonials at this point, but once your committee has chosen a winner you can add your comments to support the testimonial before sending it to District Director.

7. How do I form a committee?
When I was Area Director I asked other AD’s to be on my committee and that worked well for us. Experienced members of neighbouring clubs that were not in my Area also helped. A committee should be at least 3 members plus yourself. Having committee members familiar with the awards will ensure that a good decision is made. You may need to connect with some experienced members outside of your Division or Area to help form an unbiased committee.

8. When and how do I announce the winners?
After the club awards in June, the Area, Division, and District, are announced at the Fall contests. That contest will be run by the new leader but you should be invited to present these awards. You will chose the winner by committee, by the deadline date. You should send the nomination on to the appropriate level (Area, Division, District) and keep the results quiet until the fall contest. Collect and update the trophy if there is one.
All clubs in the Area who have submitted nominations to the Area will have a vested interest in who has won.  The winner deserves a fitting presentation and an appreciative audience to congratulate them! It is a wonderful time to honour the winners as these are the members who are doing the work to make our organization the quality program it is.
Realignment may create some interesting awards presentations in the fall. Please be flexible and creative about how best to honour your winner. Invite them back to the Area, or go to their “new” Area/Division to present the award with their club/Area. Be sure to confirm they will be in attendance for the presentation.