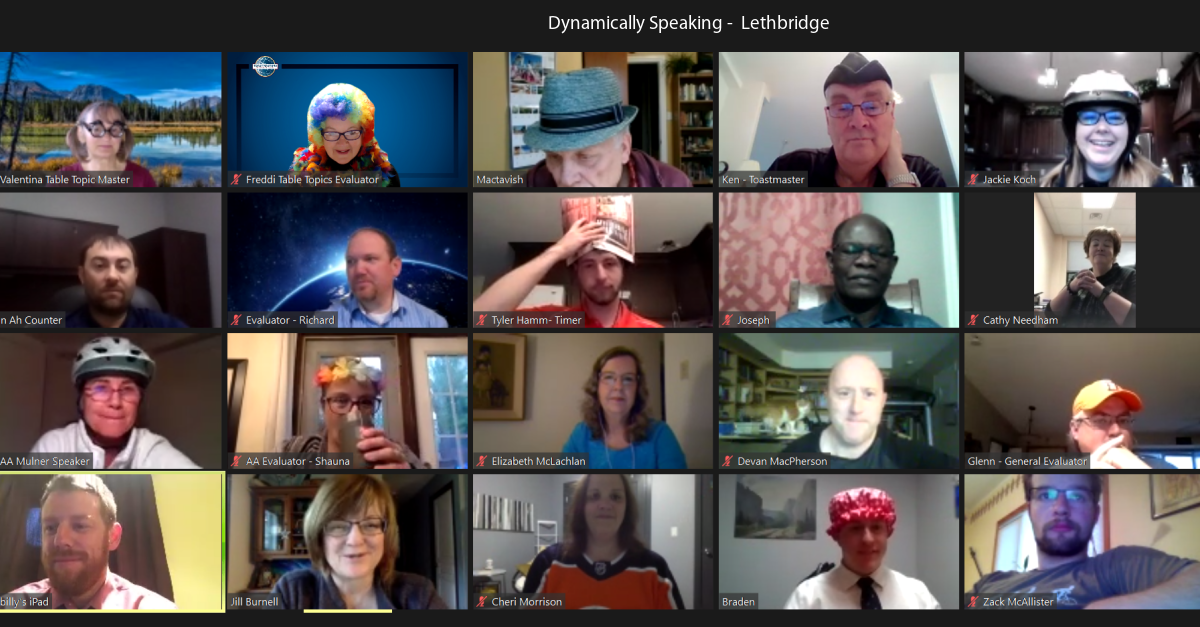 In the opening line of the Tale of Two Cities, Charles Dickens opined, “It was the best of times, it was the worst of times.”

There is not a Toastmaster club in the world that would not agree with Dickens, considering COVID-19, employment layoffs, and working from home with kids draped around your shoulders. Our members are experiencing tough times. It definitely is the “worst of times.”  At Dynamically Speaking we know this is true, but yet, for our club, it is also, “the best of times.”

During the summer we averaged over 20 attendees at our action-packed meetings and recruited 8 new members. How did this happen?

To start with we have a track record of excellence, which includes a dozen consecutive years as a President’s Distinguished club. The bedrock of our group is a core of experienced members who have established a tradition of “dynamic,” fun-filled, meetings, with both guests and members lauding the positive energy.  We also have a renowned mentoring program which catapults our new members off to a fast start.

Fortunately, we were a hybrid club before COVID-19 arrived, as several months before, one of our members moved to the Crowsnest Pass and refused to leave our club.  Since early March we have been strictly a Zoom club.  Initially we bobbled the new technology, but we persevered, and we now realize, “Zoom is our friend.”

As usual we encouraged our enthusiastic members to invite their friends and co-workers to our meetings. But we asked to them to broaden their vision and extend invitations to friends across the province, the country, and even the world to augment club growth.  As a result, instead of members scattered around Southern Alberta, we have added “dynamic” newcomers from Red Deer, and Strathmore, and we surprisingly retained a member who was promoted to a position in Portland. He regularly Zooms into our meetings from across the USA.  Our next step was to tap into the international network of friends and family which exists in every club and now we have members in Kenya and Ecuador.

Our club could have shrivelled up because of COVID-19, but that is not our style. Instead we took advantage of new opportunities for club growth and we feel we have only scratched the surface.  We are a local club which is going global!

At Dynamically Speaking Toastmasters, it is indeed, “the best of times.”